According to this article in “El Pais” newspaper, experts point out why the end of this year is a good moment to buy a property:

Banks start to work harder. The fourth quarter is the end of the year in many companies, and the banking sector is no exception. “Every year, banks have to reach the objectives they had set at the beginning of the year, so especially small offices usually propose mortgages with more favorable conditions” says the director of mortgages of the banking comparator iAhorro, Simone Colombelli. For this same reason, it is also a good time for anyone who is already a mortgage holder and wants to improve its conditions, by changing entities through a subrogation. The protagonists of this phase, Colombelli foresees: “More than the market leaders, those that will offer the best deals will be small and medium-sized entities”.

Traffic jams in the middle of the year. This year there is also an extraordinary circumstance. The new Real Estate Credit Law, which came in mid-June, has caused some delay in operations during the third quarter, requiring a solvency study of the debtor by banks much more exhaustive than in the past and a new communication system with the notaries whose implementation, not being ready, was postponed until July 31. “Due to this delay, many entities have pushed to sell mortgage products in the third quarter and still have their objectives unfulfilled, so we can find very competitive rates before the end of the year,” says the general director of the intermediation company “your Mortgage Solution”, Ricardo Gulias. To coincide with this analysis, Colombelli predicts “a hot autumn in the mortgage loan sector.” In any case, Gulias also warns that housing prices could rise, due to the dynamization of transactions after the previous delay.

The Euribor is on your side. The index, which is the main indicator of all mortgages, continues in its negative ground and its hypothetical rise towards values above zero is not expected any soon, according to the experts. This translates not only in more competitive variable-rate mortgage loans, especially for those that are contracted now, but also in a price war unleashed by the banks to attract more and more clients towards the fixed mortgage loans, a product that guarantees entities greater profitability. “Half of the banks have lowered their conditions over these months and this will also be the trend of the last quarter,” says Colombelli. “In the case of fixed mortgages, we are in historical records with very low rates,” he says. The result? As reflected by a study of the Casaktua real estate portal, 64% of future buyers are clear that they will bet on fixed interest.

The market normalizes. “With the price stabilization in big cities like Madrid and Barcelona, ​​there is also a price drop in smaller towns. It is a situation that has nothing to do with what experienced at the beginning of the year and even less with the end of 2018, ”says Colombelli. Potential buyers know this, so it is increasingly difficult to sell at prices that are too high and it is a good time now to get the best deal. “Despite not going up to the pace we experienced before, properties still have a margin of price increase that we can avoid if we buy soon,” Gulias suggests.

New property developments to buy. Although second-hand homes remain the engine of the real estate market, new developments are making its way and gaining more and more ground. Between January and June, the sale of new properties grew by 7.4%, according to the INE. Casaktua’s report shows that 15% of Spaniards who plan to buy a home in the short or medium term are looking for new properties.

Playa de Artola-Cabopino: One of the best beaches on the Costa del Sol 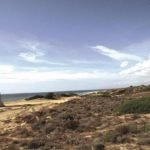 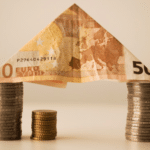