Despite the coronavirus pandemic house prices in Spain did not fall in the last quarter, they rose 2.1% in the second quarter according to INE (National Institute of Statistics)

House prices kept rising for the last 25 quarters .
House prices continues to rise, but less than before.

Prices increased 2.1% in the second quarter of 2020 compared to the same period of the previous year.

However, it is the lowest value registered since the beginning of 2015, in a context marked by the pandemic.

Average prices registered in the second quarter of 2020 the lowest annual growth rates since the first three months of 2015.

Also, compared to the previous quarter, the one between January and March , house prices rose 0.1%.

In the second quarter, most of the autonomous communities saw their annual growth in house prices decrease. The greatest decreases occurred in the Autonomous Community of Navarra, the Valencian Community and the Basque Country, with decreases of 2, 1.9 and 1.8 points, respectively. For their part, Extremadura, Castilla-La Mancha and Cantabria were the communities where it increased the most, with increases of 1, 0.5 and 0.3 points, respectively.

If compared to the previous quarter, house prices increased in the second quarter in eleven autonomous communities, decreased in five and remained stable in the Valencian Community.

The INE has stressed that the state of alarm decreed on March 14 reduced “significantly” the number of home sales in the second quarter compared to previous quarters. 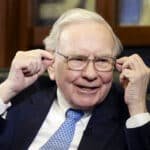 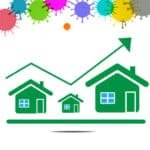